No Job too BIG or too SMALL

Junk Rescue is committed to providing Mercerville, New Jersey a stress-free and complete NJ junk removal. By offering same-day next-day junk removal service we’re able to ensure your needs are met in a flash! Our team of Junk Removal heroes are ready to put in the work when you need us the most. You can rest assured that Junk Rescue is always up to the task. Know the saying, “one man’s trash is another man’s treasure”? Once we remove the items from your home our top priority is to donate the items on your behalf to local charities. Any item that is not accepted by one of our donation partners will be recycled and disposed of properly. 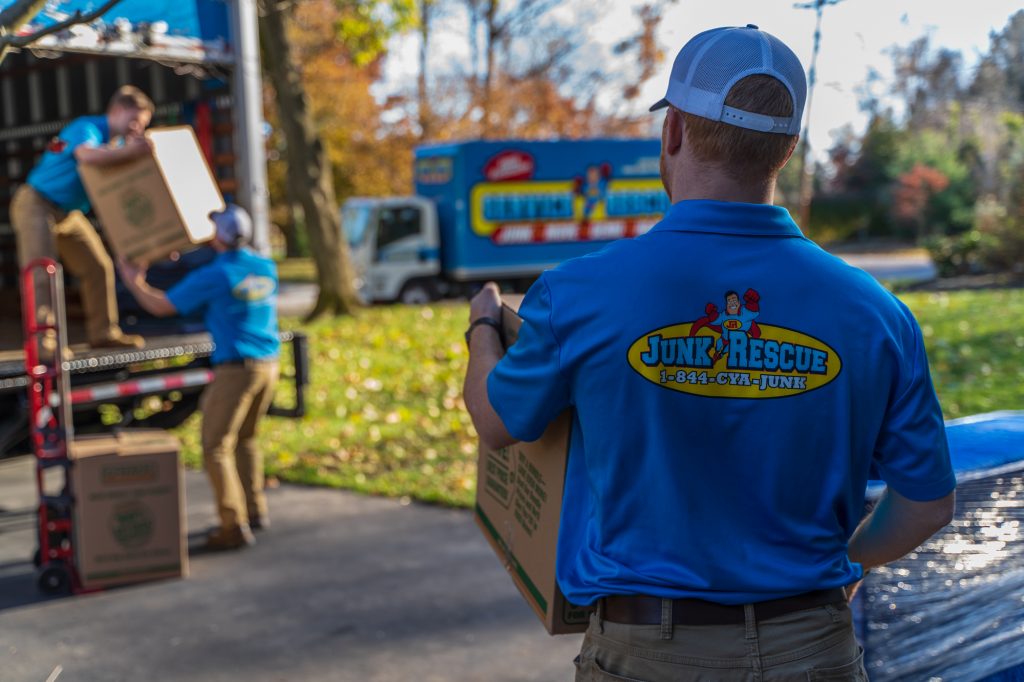 At Junk Rescue, we offer affordable Junk Removal services In Mercerville for all your cleanup-project and moving needs. The best part is you won’t have to lift a finger. Just sit back, relax, and watch our heroes handle the task!

Mercerville JUNK REMOVAL
WHAT WE TAKE

Save $10 on Same Day Service

We do whatever it takes to fulfill our clients needs.

All items that cannot be donated will be recycled and disposed.

Waste management (or waste disposal) includes the activities and actions required to manage waste from its inception to its final disposal. This includes the collection, transport, treatment and disposal of waste, together with monitoring and regulation of the waste management process.

Waste can be solid, liquid, or gas and each type has different methods of disposal and management. Waste management deals with all types of waste, including industrial, biological and household. In some cases, waste can pose a threat to human health. Health issues are associated throughout the entire process of waste management. Health issues can also arise indirectly or directly. Directly, through the handling of said waste, and indirectly through the consumption of water, soil and food. Waste is produced by human activity, for example, the extraction and processing of raw materials. Waste management is intended to reduce adverse effects of waste on human health, the environment or aesthetics.

Waste management practices are not uniform among countries (developed and developing nations); regions (urban and rural areas), and residential and industrial sectors can all take different approaches.

Proper management of waste is important for building sustainable and livable cities, but it remains a challenge for many developing countries and cities. Effective waste management is quite expensive, usually comprising 20%–50% of municipal budgets. Operating this essential municipal service requires integrated systems that are efficient, sustainable, and socially supported. In view of this, the World Bank finances and advises on solid waste management projects using a diverse suite of products and services, including traditional loans, results-based financing, development policy financing, and technical advisory. World Bank-financed waste management projects usually address the entire lifecycle of waste right from the point of generation to collection and transportation, and finally treatment and disposal. A large portion of waste management practices deal with municipal solid waste (MSW) which is the bulk of the waste that is created by household, industrial, and commercial activity.